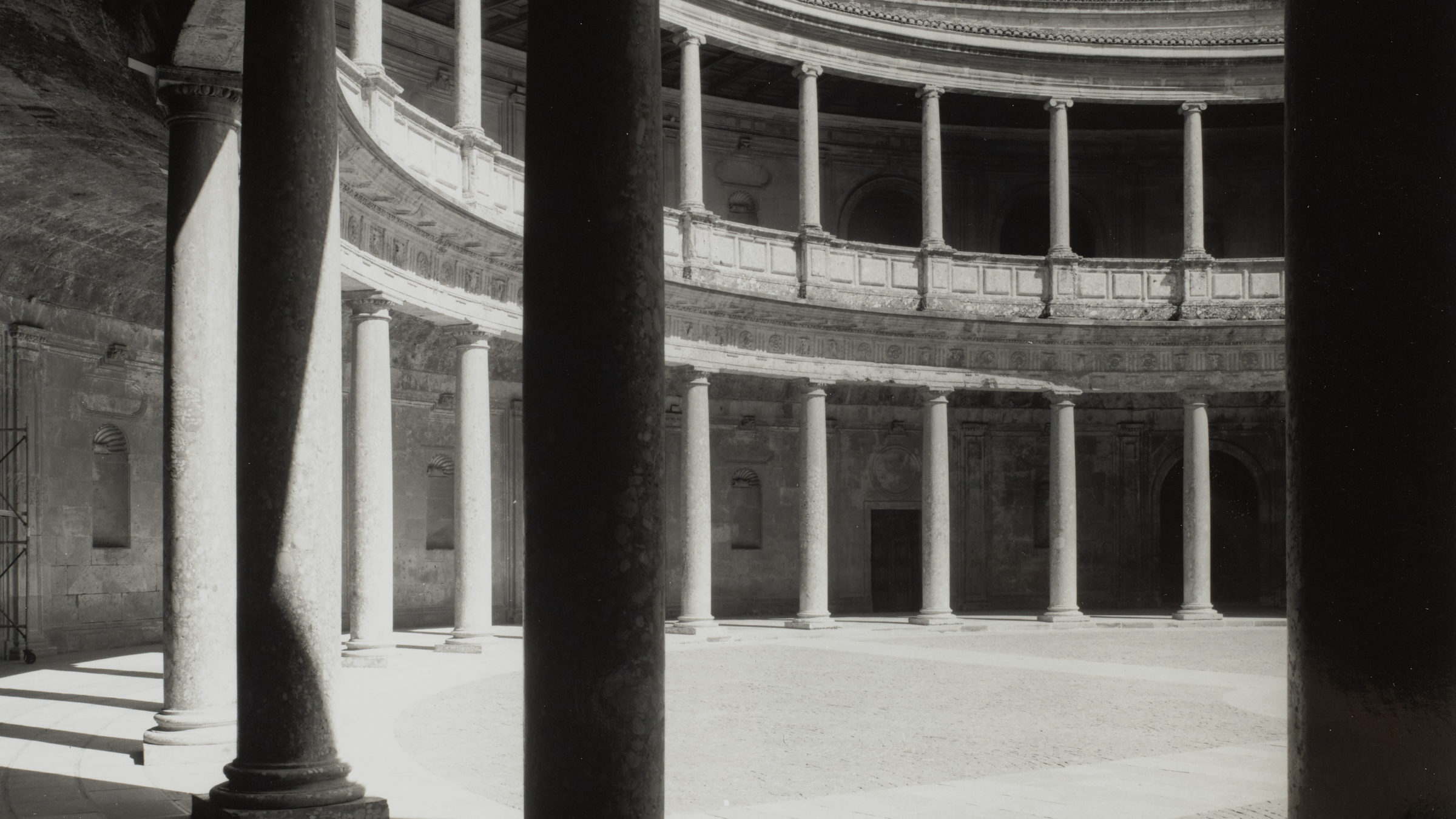 The case for scalable, volunteer-based digitization

The Courtauld Institute of Art

About The Courtauld Institute of Art

The Courtauld Institute of Art, founded in 1932, is a self-governing college of the University of London specializing in the study of the history and curation of art, the history of dress, and the conservation of paintings and wall painting. The Courtauld Gallery houses one of Britain’s best-loved art collections. Both the Institute and the Gallery are located in Somerset House, a building of outstanding architectural and historical importance in the center of London. 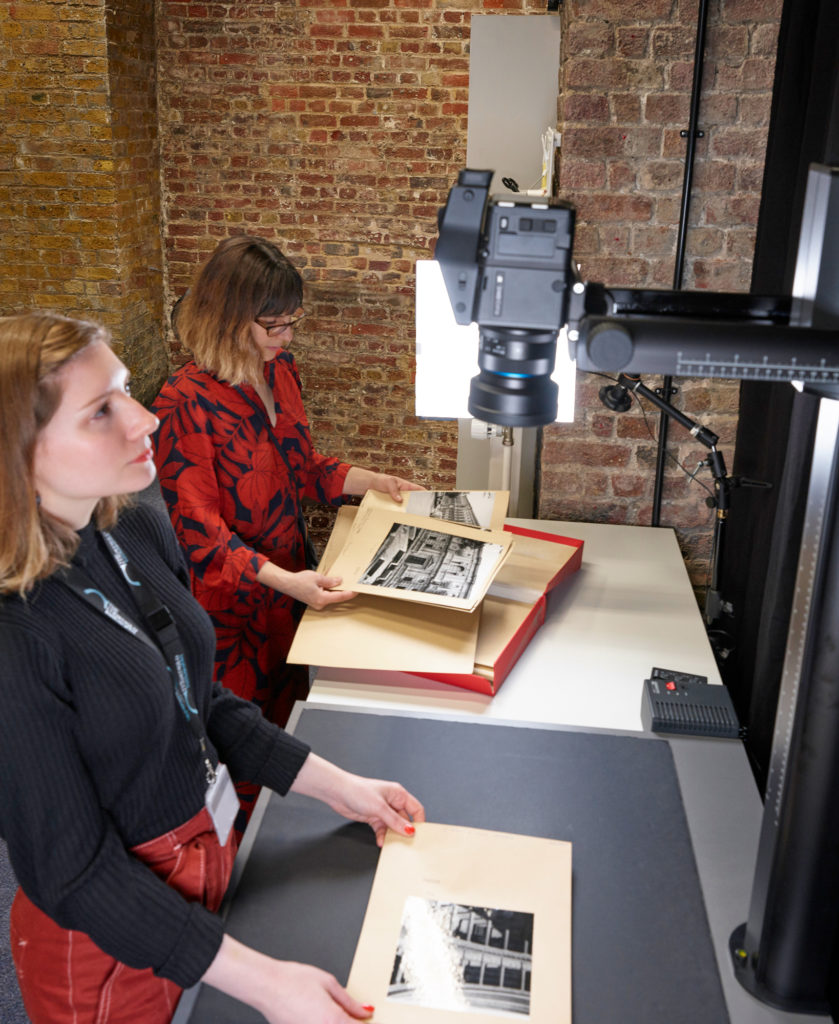 As part of Courtauld Connects, an ambitious transformational program to make The Courtauld’s world-class artworks, research and teaching accessible to more people in the UK and internationally, the digitization team has embarked on a project to digitize its photographic library collections of approximately 3,400,000 images. Courtauld Connects is funded through philanthropic gifts and a major award from the National Lottery.

Almost a million images dating from the beginning of photography to the present day. Highlights include: 1850s prints of Istanbul by James Robertson (from a collection of c. 15,000 historic prints); T. E. Lawrence’s images of Saudi Arabia; the Macmillan archive of bomb damage across Europe following the Second World War; and 20th century social housing – Tecton, Park Hill Flats amongst many others.

Over 160,000 images documenting the architecture of almost every European country, Asia, New Zealand, the Middle and Far East. Highlights include: Iraq in the 1940s (including Kurdistan and the Yazidi people), Syria and Israel; themes such as urban and village life, landscape, commerce, transport and leisure; and buildings and cityscapes that have since been damaged or destroyed (e.g., Aleppo and Palmyra).

Over 20,000 glass plate negatives depicting works by many of the major artists working in Britain between 1900 and 1945. Highlights include: society portraitists such as Phillip De Laszlo, John Singer Sargent and Oswald Birley; younger contemporaries such as John Piper, Barbara Hepworth and Ben Nicholson; and images of artists at work in their studios such as Jacob Epstein and Charles Jagger. The plates range from 8.5” x 6.5” to 15” x 12” (the majority being 10” x 8”).Once captured, many of the original prints and negatives will go into secure off-site storage. The aims of the project are digital preservation, and the creation of a resource for study and public enjoyment. The timeframe for completion and publication is 4 years.

The Metamorfoze guidelines were adopted after the Courtauld team visited the photo studio at the Rijksmuseum in Amsterdam. They validate using the X-Rite ColorChecker SG color chart.

The project team is comprised of 5 full and part-time staff, and over 400 volunteers.A typical day in the studio is comprised of 2 shifts of 3 hours each, with each shift filled by up to 18 volunteers. The Courtauld uses an online system called TimeCounts for prospective volunteers to register their interest, and current volunteers to book shifts to match their schedules. There is no minimum requirement in terms of availability: some volunteers give their time regularly each week, whereas others support the project for a focused period and then move on, or return later. Many of the volunteers are experienced photographers, whilst others have little knowledge of professional studio practice or digital skills. They all receive training, and the cornerstone of the Courtauld’s approach to volunteering is always “if you don’t know how to do something, we will teach you.”

A Volunteer Manager interviews new volunteers to learn about their areas of interest, their skills, and any special needs they may have. Unsurprisingly, a recommendation from a volunteer taking part in the project is one of its most powerful tools in sustaining this growing community of photographers and cataloguers.

There are typically four volunteers working the camera in each shift – two handling and positioning the objects, one focusing and releasing the shutter, and another quality checking images as they appear in Capture One. The remaining volunteers prioritize material, transcribe metadata, and research copyright 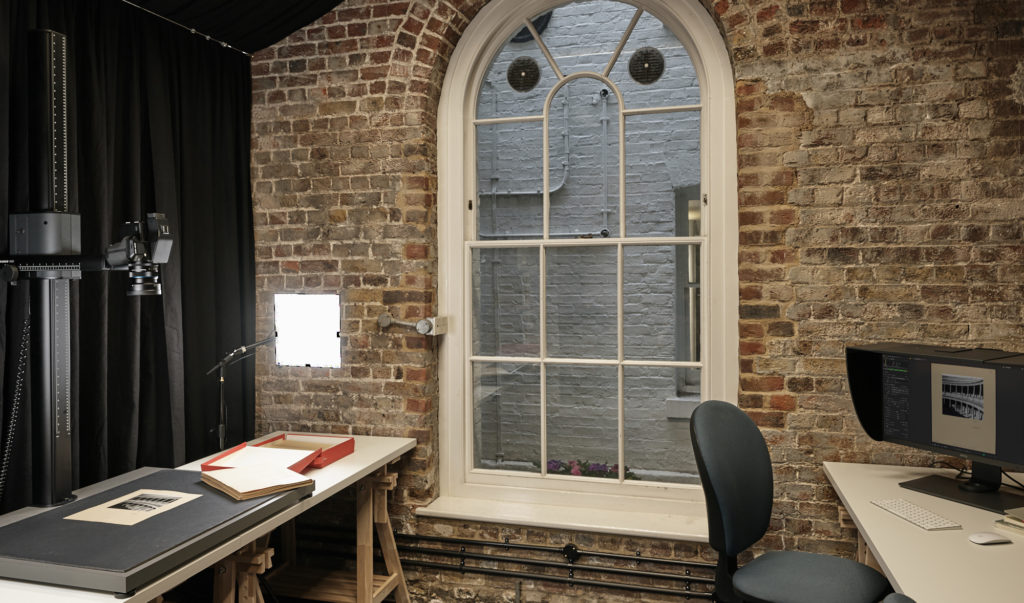 The studio set up

The project captures at least 1,000 images per camera per day (around 500 per three-hour shift). The recent addition of a second camera, coinciding with a move to a new studio space, will double the production throughput. The team is currently raising funds to purchase a third camera in order to start work concurrently on the glass negative collections. This is a very scalable set up for large-scale digitization, both regarding the equipment and the volunteer base.

For a project of this scale, and working with images of outstanding cultural importance, it was clear that we needed camera systems and software that would be fast and reliable, yet deliver a quality that reflects the original prints and negatives 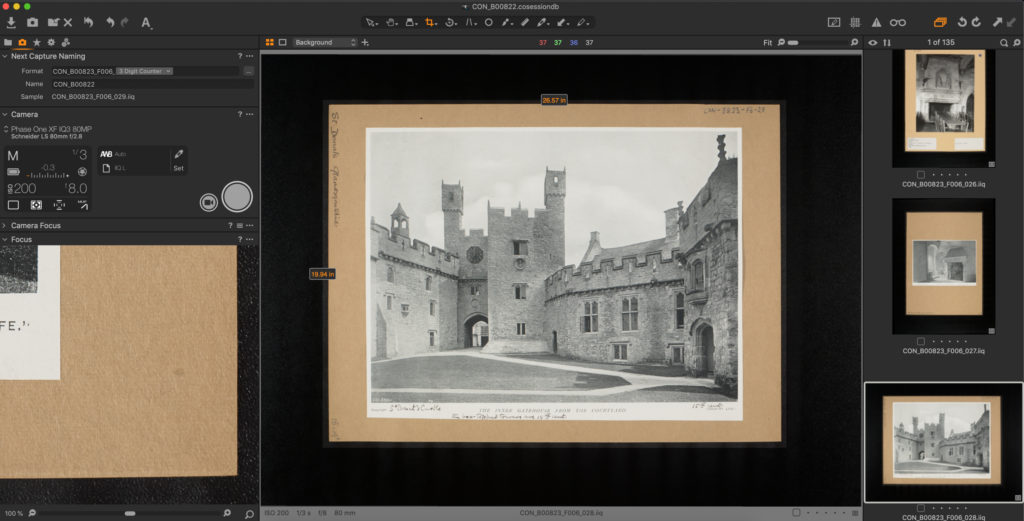 “Once they are cropped and straightened in Capture One, we don’t retouch our images. We use Capture One’s recipes to create the TIFF and Kakadu to convert them to JPEG2000, our archival format.”

Using Phase One cameras with a highly streamlined Capture One CH workspace allows us to hand over the studio to our team of volunteers with confidence, and achieve a perfect result every time.

A view to the future

For every collection, there is a story, and we try to stay within the story. Apart from gains in speed and quality, the project uses photography over scanning to preserve a sense of the physical nature of the original collection. Each image is captured in place on its mount, which library users have often annotated with questions and corrections. The auto crop and auto rotate functions within the Cultural Heritage edition of Capture One mean that valuable time is not taken up in repetitive and potentially inconsistent editing.

The same approach extends to Anthony Kersting’s archive, where negatives and their corresponding (and often multiple) prints will be digitized alongside each other for comparison, along with the relevant pages from his hand-written ledger books. The team feels that it’s important not to preclude any future research into Kersting’s working methods alongside the subjects he depicted. Likewise, glass plates are captured and cropped just outside the margin of the negative to create a digital surrogate that honors, as far as possible, the analog process by which it was created.

This project is planned to take 4 years. But with the archiving infrastructure, studios and volunteer program in place, and scalability an option, who knows where the future will take us.

To learn more about digitization within the Courtauld Connects project.

Are you interested in learning more about our Cameras and accessories? Fill out the form, and a Phase One Cultural Heritage expert will be in touch shortly.